Frameworks in this modern era are like the power horses for any organization. They give the developers a good amount of flexibility in development.

Apart from that, they are really helpful in deployment and troubleshooting in production environments.

Any web development company would like to make their work simple and implement the business strategies confidently.

Here, in this article, you can find the most popular web frameworks for the year 2020.

Each of these frameworks has got valid reasons for their success as well as gaining the trust of the companies globally.

On a web platform, there are two faces of the internet.

The front-end that is visible and usable by the internet user through browsers and the back-end, one that serves and powers the website by residing on the server.

Both of them span different technologies and thus, frameworks have emerged accordingly.

This is a Model-View-Controller (MVC) architecture driven framework which is dedicated to the J2EE based projects. It enjoys a great share of popularity among the top-level web developers owing to the power and performance which is available with the Java programming language.

One great feature that spring has to offer is that its maintenance is feasible at an application level.

Wix and BillGuard are few of the many companies that use spring as a backend framework for their business.

Although, the learning curve is quite steep, the efficiency of application is quite high.

Django is one of the most popular frameworks of 2019 which is designed specifically for the Python developers.

The good thing about Django is that it is scalable to any extent as it supports both smaller and larger projects. It follows Model-View-Template architecture and it provides security on an extraordinary level.

Noticeable features of Django include the availability of rich documentation, a wide range of community support and its ability to be highly customizable.

Express is the defector framework choice for NodeJs lovers.

Even most of the giant web development companies prefer it as it has earned a reputation for its unique features that have been tailored to the requirements of the language.

Enormous numbers of APIs have been developed with ease using Express framework. It is packed with powerfully rooted APIs.

Apart from that, Express as a framework contributes a very significant part to the MEAN stack development.

Development of web apps is quite easy since everything from front-end to back-end, contains of one programming language which is the JavaScript.

Since NodeJS revolves around the creation of powerful and elegant Single Page applications, Express framework just gives a solid boost to the idea.

This is a Model-View-Controller type of framework built for PHP.

Despite being an open-source and free tool, it has a lot of features and abilities under the cover that can be easily unearthed even by a beginner.

It has got extensive support from a lot of APIs packaged within the box and is quite young compared to the other frameworks.

It is light in weight and provides necessary help in the form of ORMs and organized routing of requests.

One can comfortably understand the working of the Laravel framework because of good community support and set of tutorials in the form of Laracasts.

Unfortunately, this framework doesn’t belong to the likes of Django or Express when performance and similar other metrics are put on the comparison charts.

As a web development company, one may choose this framework since it is good and at par with the PHP environment.

One can easily say Ruby on Rails is a very popular framework, if they are aware of the fact that close to 800 thousand live websites use it as their back-end framework.

On top of it, big shots such as AirBnB and Yellow Pages have implemented their business using this framework.

Development time is very less if this framework is the powerhouse of a project.

Automation of testing is possible with a lot of convenience and therefore, it paves a way for flexibility as well. Designed for Ruby language, this framework, however, suffers from a few disadvantages such as troubles in deployment and production environment.

Apart from that, it is beginner-friendly and is equipped with numerous plugins.

Developed by the team at Google in 2010, Angular has gained huge popularity among developers who love to follow MVC architecture.

The plus point about this framework is the way it encourages to build SPAs (Single Page Application).

Although, there is a huge difference in version 1 and the latest version (Version 7), angular has its following for the basic reasons such as Data binding, MVVM architecture, and support for Native mobile app.

The necessity of possessing prerequisite knowledge on MVC and the learning curve are the major challenges with this framework.

As an angular development company, one can leverage the best results from Angular usage in production.

As a framework that is dominating the present market, React finds its origins in 2013 from Facebook engineers.

React is indeed a JavaScript library because of its power and various uses. It has quickly gained popularity as a framework.

Re-usability of UI that can swiftly update and present the data without any page load makes this framework stand apart in the market.

Greater compatibility with older versions and high performance has been the big plus factor of React.

Designed and released by Evan You in 2014, Vue has adapted to the needs of the developers very well and thus, has gained attention on a larger scale when compared to other frameworks. It is lightweight and easy to learn and use.

What pulls back this simple yet magnificent framework is, the lack of support owing to the very small community it has.

Ember as a framework has earned a good reputation due to the presence of features such as advanced version management system, backward compatibility, faster development, proper and clear documentation and the ability to debug using its debugger.

Giants such as Google, Microsoft, and Netflix are using this framework.

The downside to this framework includes the rendering speed which is, in fact, slow and it is quite difficult to get used to it.

Though it would be tempting to conclude upon one single framework, it is highly appreciable for anyone to outweigh the pros and cons of each of the framework and then pick the one which can suit and meet the needs and objectives of their company. 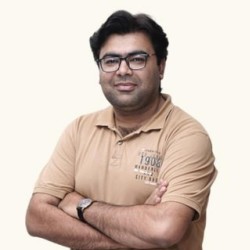 Mushahid Khatri solution consultant at Peerbits, one of the leading Web development company USA, in 2011 which provides Blockchain app development services. His visionary leadership and flamboyant management style have yield fruitful results for the company. He believes in sharing his strong knowledge base with learned concentration on entrepreneurship and business