Game engines are tools that will guide you thoroughly and will take care of various tasks that are to be completed for making a full-fledged game.

Not only this, but they will also enable you to have full control over your game development process. To use the game engines properly and with accuracy, you need to have skilled and experienced developers.

This is because the solutions provided by the game engines are tailor-made to suit specific needs and also they exhibit endless possibilities to develop innovative and interactive games.

In the process, it can identify the trends prevailing in the market and can accordingly plan its developmental activities for gaining a competitive status.

Actually, with game engines, you can have a lot of advantages-from preset modules to effects and tools so that you do not have to bang your head from scratch.

Also, the majority of the game engines are quite easy to use as they come up with extensive online guides, tutorials, documentation. This makes it easy for the developers to clarify their doubts by referring to those helplines and carry on with their flow by learning something new.

A comprehensive list of the popular game development engines has been mentioned below for your better understanding and easy pick.

This is one of the globally popular game development engines and has been recognized by Guinness World Records. If your game is large and sophisticated with the requirement of 3D content, then this engine will be apt for you.

Some Of The Popular Games Created By Unreal Are:

This is another game development engine that is equally popular like the former throughout the world.

Developed by Unity Technologies, this engine is more suited for mobile games. It is also extensively used for game development purposes concerning interactive technologies like VR.

Unity Has Produced Some Of The Popular Games Which Include The Following:

This is a popular open-source game engine aptly suited for both 2D and 3D games. With feature-packed and advanced components like the visual editor, friendly content creation interfaces, supporting, instancing and inheritance this engine enables in developing customized games with an engaging and dynamic environment.

It is compatible with various platforms such as HTML5, iOS, Android, Mac, Linux, Windows, Playstation, etc.

Some Of Its Noteworthy Games Are:

This is one more powerful and popular game engine that gives you full access to the engine source code with no obligations, royalties and license fees in return.

Its prospects lie in its ability to enrich games with incredible visuals and stunning graphics. It comprises of Fmod, an awesome game audio tool to make games more realistic by providing enhanced audio effects to engage gamers.

Some Of Its Renowned Games Are As Follows:

For creating GUI based interactive games, this open-source game development framework is highly suitable. With this framework, you can speed up the process of game development. In addition to this, it can also be optimized to run seamlessly on all kinds of devices.

A few of the platforms with which it is compatible are- Windows phone, iOS, Android, Xbox, Mac, Linux, Tizen, etc.

This is a game application development suite with special emphasis on 3D games. It will help you to export your games across more than 20 platforms.

Games developed by this engine can be deployed across platforms such as Linux, iOS, Android, Xbox, Playstation, Mac, Blackberry, HTML5, Nintendo, etc.

Some Of Its Renowned Games Are:

This is a comprehensive game development platform which can be used well for developing First-person shooter games, role-playing games, massively multiplayer online games and the likes. With this engine, you can simply focus on the core aspects of game development and need not bother about maintenance and server development.

A renowned mobile game development company can use this for collaborating, creating editing and publishing games in real-time from anywhere in the world.

With its cloud-based solutions and advanced tools like FaceGen and SpeedTree, it makes the entire process of game development pretty fast and convenient.

This engine is only applicable for windows platform.

Some Of Its Popular Games Are:

As game development has become highly competitive companies working in this realm are looking for new ways to make things unique and distinguished. Some of the attributes of a game engine are listed below:

Smooth and fast development: With more and more players entering this business it is very important to come up with steady and quick delivery of the desired services.

As gamers throughout the world have varied tastes and preferences, it is not humanly possible to assess and meet the demands of millions. Here comes the importance of game engines.

Must Read-  What Is Illuvium and How to Buy Illuvium

There are different types of game engines available, some of which have been talked about in the above sections. Based on the nature and scope of your project you can pick up the most suitable one.

Using an appropriate engine will not only help you to make games entertaining but can also give you a winning edge over your competitors by adding extra elements to boost the adrenaline rush of the players.

You can also add extra effects or animation to enhance the look and feel of the games. Game development indeed is a vast process and by using a suitable engine you can reduce the complexities without compromising on the proposed quality.

Animation and special effects: As you, all know that today’s digital games are mainly about visual impression and user experience. Now with game engines, you can portray your special characters in your desired ways and can also control those intuitively to experience the realistic feel.

A game development company uses game engines mainly to serve the varying tastes and preferences within a stipulated period.

Each engine has its advantage and so before beginning with any one of those mentioned you need to match your game’s expectations with the engine’s functionalities.

Game engines are getting advanced day by day to beat the fierce competition and stand out. More and more features are being added to make those resources more productive and efficient.

Right from creating gameplay mechanics to enrich character interaction, popular game development engines are capable of doing all with utmost ease and efficiency. 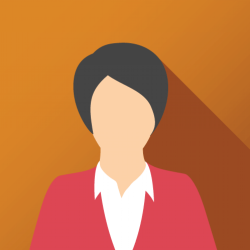