How often do you purchase the fastest internet your service provider has to offer, only to find out months into your contract that you’re getting significantly less GB/s than you were promised? My guess is pretty often.

You see ISP’s (internet service providers) often operate in a bubble. What I mean by that is this; areas are typically only serviced by one (two if you’re lucky) internet companies. Of course, they like to use this to their advantage, leaving you with your thumb up…. Well, nevermind.

Thankfully, there are ways to counter that. YAYY!

First things first, you should be checking your internet speed regularly. There is no set amount of time you should let lapse between tests, but I like to check mine at least once a week. This is just to keep your service provider honest.

There are plenty of internet speed check sites out there, but I would recommend using one that ISN’T sponsored by your service provider.

One other thing. When the person comes out to set the internet up, DO NOT let him leave until a speed check is conducted. If you allow them to leave without proving that they are providing you with the speeds that you have a contract for you’re in trouble. It’s going to be hell to get them back out there to fix the problem.

Sometimes the problem is as easy to fix as refreshing your modem and router. There are two ways to do this; the tried-and-true unplug for 30 seconds and plug it back in. And my favorite, log into your router and do it directly from there.

If you’d like, before you reset the router you can check to see if there are any updates available for it. If so, click “update router.” Once the update is complete recheck your ping, download, and upload speeds.

This goes back to checking internet speeds on a consistent basis. If you’re beginning to experience significant drops in connection speed, call the provider and talk to the technical support team.

It works best if you followed step one, and had the technician check your speed before he left. They’re liable to give you the run-around at first. That’s fine, it’s normal, and sadly, it’s their job, stay patient with them.

Once they’ve done all their modem resets, if you still aren’t getting the speeds (and you are certain it isn’t on your end) you paid for, have a tech come out and take a look at what is going on in person. There could be an issue with the wires running into your house. In which case that’s something they need to fix.

The most important thing is to stand your ground, and don’t let them tell you it’s on your end if you know it isn’t.

DNS, or, “Domain Name System” is how your computer interacts with your IP. It translates the domain name of the site you want to go to (such as this one) to its IP address so that your computer can access it.

But, sometimes your ISP default DNS server isn’t the nearest one to you. Luckily, if this is the predicament you are in, there’s a fix for that. And it is usually a free service as well.

Switching to a custom DNS will help boost the speed. However, the speed gained from making this switch is dependant upon the proximity of that server.

Another benefit of custom DNS servers is they have a lot of features that your ISP’s servers likely don’t have. They are often more secure, even stopping spoofing attacks and denial of service attacks.

If All Else Fails

If you’ve taken all of these steps, and you still aren’t getting the internet speeds that you are contracted for, your next step is filing a complaint with the FCC. I’ve had to do this before when my internet was being throttled. Not even a week later I received a letter from my internet provider assuring me they would fix the problem immediately.

Wouldn’t you know it, I was finally getting the speeds I have been paying for.

Are there any other tricks for getting the internet speeds that you are paying for? Let us know below. 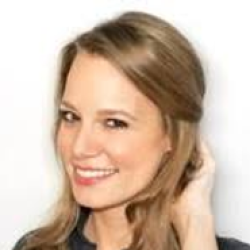 Emily Jacobs is Happiness Ambassador for speedcheck.org She loves to write latest technology trends and love to share her knowledge through her articles.