- Home > Technology > How To Learn With Open Source API Fundamentals

Open API is one of the most important types of APIs and is also called Public API. The Application Programming Interface or API is open to be public which means that anyone can use it. The owner or the network administrator of the service can open up universal access to either part of the services or all of them via the API. However, one distinction is even though APIs are meant to give developers access to resources which are then used by users, open APIs allow for open access.

Why are Open APIs Important?
Open APIs are extremely common. You’ll see Open APIs published by the hundreds via the internet and are shared by developers from across the world. For instance, a group of developers will release various APIs which encourage other developers in different industries to use their API in various applications. Once they start using the APIs, the acceptance grows and so does its popularity. It ends up being the perfect Win-Win situation for businesses.

Benefits of Using Open APIs
The endpoint design of a public API means that third-party developers can make money mainly by licensing their software with all the advanced functions or rendering a service innovatively accessible which adds value. That, in turn, allows for a developer of the API to expand the number of users that rely on their API but without having to spend any money on advertising encouraging usage or benefits. But they will still retain the rights to the source code and algorithm.

Open APIs – Major Drawbacks
Like any customer-centric business model or product, your reputation can be tarnished just as quickly as it can sparkle. It all depends on how well the API is received by developers. The best way to ensure that your reputation is intact is to avoid releasing a buggy API. Crush all the bugs, test its performance and check for security flaws. Most of all make sure it does not leak any private information.

Some Open APIs can be frustrating to use for developers as the company responsible for the API has authority over a chunk of their code’s functionality. So, if the company one day decides to change the terms of their agreement or start taking money for what was once a free API, the developers need to contend with the new terms. All of this can be frustrating and lead to overall dissatisfaction.

Architectural Make up an Open API
Technically there are many different ways in which an API can be designed. However, the main priority here is the architecture. That’s why it is best to steer clear of so-called proprietary protocols and data formats. You may want to stick with using open source technology and other community-driven standards.

Comparing SOAP to REST APIs
You have two types of API architectures or two categories of architectures. One is SOAP APIs which uses the SOAP architecture by implementing XML as the data exchange format. The other is called REST, which uses JSON. When building an API, it is important to know that both architectures have their own set of strengths and weaknesses.

Right now the popularity is in favor of REST APIs. Most developers have moved away from using SOAP. Older types of APIs should be able to provide both SOAP and REST support. Though most newer APIs are almost always REST based.

Conclusion
Regardless, of what API development architecture you choose, planning and developing an Open API is challenging. The API needs to be useful if you want it to be accepted. So it makes sense to plan ahead when developing Open APIs. 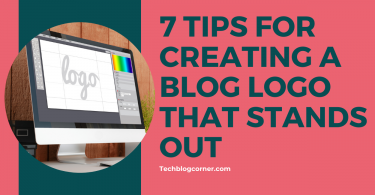