The introduction of smartphones has changed the way people communicate, perform everyday tasks, and even seek entertainment. You probably depend on your smartphone for many reasons, be it paying your bills or playing your favorite game.

Today, the market is flooded with a host of options, making it difficult for you to pick the right handset. However, identifying some important features could help you make the right choice. Since the basic purpose of a phone has always been to facilitate calls, it is essential that your smartphone performs this task efficiently. Therefore, the VoLTE or Voice over Long Term Evolution feature is something that you should look for in a device.

The VoLTE feature enables you to experience high-definition (HD) voice calls, which are not possible on a regular 3G or 2G device. This is mainly because the data transmission rate on a 4G-LTE network is faster than both 2G and 3G networks.

Therefore, you will instantly notice superior clarity in calls when you use a VoLTE-enabled smartphone. Additionally, VoLTE facilitates better call connectivity because of improved coverage. This is mainly because 4G operates on frequencies that offer better coverage, unlike 2G or 3G. Moreover, if your device has the VoLTE feature, your battery will not get drained easily. If you are using 4G, your phone will constantly have to switch to 3G or 2G when calls are made or received because calls cannot be made on a 4G network.

After such calls, the device will have to switch back to 4G. This switching could affect your smartphone’s battery life. This is why a VoLTE phone will have improved battery life. 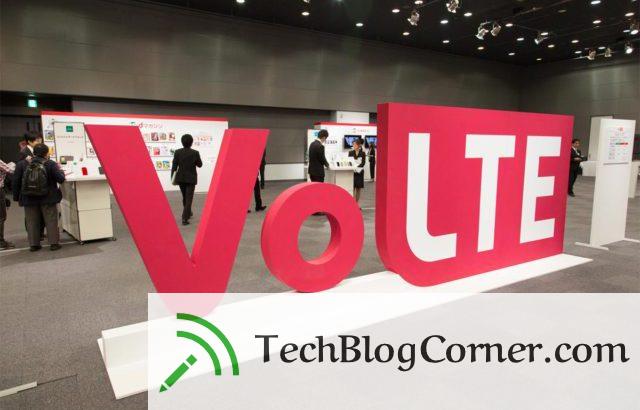 Here are the four best VoLTE phones to choose from.

The device comes in the 32 GB, 64 GB, and 128 GB versions. While the first two versions are available with 3 GB RAM, the third version (128 GB) is offered with 4 GB RAM. It functions on operating system Marshmallow version 6.0. It runs on a Quad-Core processing system. The smartphone also has a 4-megapixel front shooter and 16-megapixel rear camera.

The smartphone is available with 64 GB internal storage and a sizeable 6 GB RAM. Its operating system is Android version 6.0.1, Marshmallow. The device operates on a Quad-Core processor. Additionally, it has an 8-megapixel front camera and a 16-megapixel rear camera.

The device functions on operating system Android version 6.0, Marshmallow. It is available in 32 GB and 64 GB variants. The device comes with 4 GB RAM. This smartphone also has a 12-megapixel primary camera and a 5-megapixel front camera.

The LYF EARTH 2 comes with 3 GB RAM and a 32 GB internal storage capacity. The smartphone functions on operating system Android 5.1. It functions on an Octa-Core processor clocked at a speed of 1.5 GHz. The device also has high-quality 13-megapixel front and rear cameras.

Now you can experience superior voice calls with these new mobile phone options. The VoLTE smartphones listed above are available across a varying price range. Therefore, you can conveniently purchase such a smartphone according to your budget.