Programming can be made fun when right tools are used. Development tools will allow the person to write the source code and test the written code without any annoyance. Coding is a pleasant thing but it can’t beat the comfort if viewing and editing the source code from anywhere. In this aspect mobile devices comes handy.

Users can carry them anywhere and can proceed to do things at their comfortable place.

The android environment offers a wide range of applications for programming. The Google Play Store is full of apps and all the coding needs code editors, development environment, compilers, and other few aspects.

All these are different and they come up with a variety of features and they have their own drawbacks. For all these things selecting the best tool becomes the challenge. 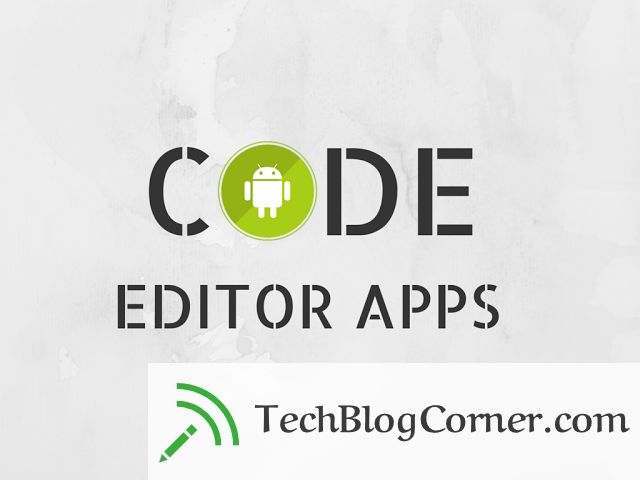 There are many difficulties of programming on the mobile devices, even on tablets. Android and iOS mobile platforms are not designed with the similar free-form file access that every desktop Operating Systems have.

Some of the apps can run programs but they can’t download files from the internet. This happens to prevent the malicious code from being downloaded and executed on the mobile device.

To avoid all these issues, the mobile apps come into play. There are top editors for Android, which will help the person to code, compile, edit, and run the source code on the move. Some of the best Android editors are as follows.

Quoda is the Android’s free and best multi-language code editor. It is the best and powerful source code editor. This editor comes with all the necessary features that a software programmer needs.

Quoda collects all the various productivity-enhancing functions and they can boost the developer’s performance and the ability. It contains many useful and fruitful features they contain syntax highlighting, line bookmarking, auto-suggestions, auto indication, etc.

Must Read-  Top 5 Best Free Android Games In The World

Syntax highlighting is the feature that comes with the variety of themes and fonts. It works for different programming languages which include HTML, XML, JavaScript, CSS, C, C++, Java, Lisp, ActionScript, Markdown, Haskell and much more. This feature has support for code templates and snippets; it can minimize the coding work.

Quoda editor understands the uploading requirements of the user and offers them various solutions. The editor can open, upload and edit files. Users can upload them to an unlimited number of FTP or FTPS servers.

It can also store and fetch files from the famous cloud storage devices namely Google Drive and Dropbox. It also supports for Box and Skydrive.

It is a source editor and also the text writer. DroidEdit has a clean and simple interface. It has multi-language support. This editor provides the features that help the user to achieve their goal easily. DroidEdit is available for Android. Desktop users can make use of Notepad++, which operates for all the desktop operating systems.

In the desktop, it can use to open and modify source codes of various programming languages and also the simple text files.

DroidEdit offers the syntax highlighting feature that facilitates more than 200 languages and it also has many in-built themes as well as the option for creating the custom color themes. Writer mode of DroidEdit turns off the auto-correct and it turns on the spell checker. Emmet can be used to expand simple expressions into the fully devoted HTML code.

Other features of this editor include line wrap, replace and search. It can replace some extra keys on the keyboard for faster typing of code and it also supports editing of system files on the supported device.

Must Read-  What is Freeware, Open Source Software & Shareware? And Difference Between Them

It provides support for uploading and downloading files from remote storage providers. Users can download and upload files from FTP servers.

The editor also provides support for accessing and to perform read and write to cloud storage providers such as Google Drive, Box, and Dropbox. It has the in-built unique feature that supports Git. And it allows the user to checkout, commit, edit and push directly from the phone or Tablet.

AWD stands for Android Web Developer. It is simple and contains rich featured integrated development environment. It allows the users to code and develops the web projects using the Android smartphone or Tablet. Users can use this kit for editing and coding in HTML, CSS, JavaScript and PHP also. The tool comes with the full-screen mode, tablet-ready user interface, which improves the overall coding experience.

AWD is simple but it is the effective and powerful code editor for editing and writing the source code of all the project’s files. The tool offers the various productivity aspects, which includes code highlighting, error checking, code completion, code beautifying, fast navigation, and replace something among others. It offers the quick preview of the web pages within the application.

Android Web Developer also supports managing remote projects in an easy way by providing quick ways to reach the project. It allows the users to work with the local as well as the remote files. Users can upload the files from FTPS, FTP, and SFTP servers. This tool also supports WebDav for storing and accessing the web projects.

AIDE is Android IDE, which is complete and integrated development environment for Android development. It lets the developers to code and develops Android applications on the Android devices without the need of the computer. Developers can also learn how to develop Android and Java apps.

Must Read-  Advice :Never use the number of search results reported by Google for Serious Decisions

Programming lessons are highly interactive. They make the session interesting by proving step-by-step instructions, which helps the non-professional people to learn the skills of app development for both java and Android platforms.

The tool also has the feature-rich editor, which helps with code completion, real-time error checking, smart code navigation, and refactoring. It offers just a single click solution to compile and run the entire project.

AIDE is flexible with the popular desktop IDEs for Android Eclipse and Android Studio.  This means that it can open, compile and run projects created with the above-stated desktop IDEs and Vice Versa. AIDE can integrate with Dropbox for uploading and downloading files from it.

Above all, there is support for Git and it can commit checkout, edit, and push files directly.

It allows the developers to code, compile, edit, and execute C/C++ programs on the Android device without any complication. This tool comes with many demos and practice programs, which helps the people to learn the basics of the language first.

CppDroid offers the intuitive code editor, which comes with a variety of features for productive coding. Syntax highlighting is one of the smart features of this tool, which helps to highlight the various parts of the program. 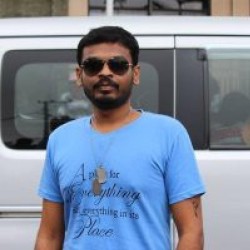 Anand Rajendran is CEO and Co-Founder of Dectar.com, best PHP scripts Development Company located in India. Dectar is a part of Casperon Technologies a leading social and mobile development company which is Developing Uber for X apps for the past 3 years. I’m a Tech geek, Digital marketing expert, Entrepreneur, and Atheist who loves to write everything about PHP Scripts and mobile application development.