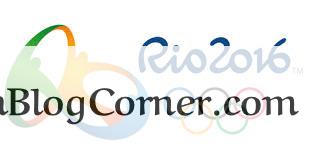 With each passing year, technology evolves and since Olympics is a once-in-a four year event, chances are the present version of the Olympics are technologically far superior to the previous editions. The economic might of the host nation also plays a role in deciding the level of technological innovation used. Something, that plays on the minds of the organizers while deciding the venues ten years in advance. Let’s start with the technological, financial innovations before moving on to describe the innovations at various sporting events.

Use of cloud technology:

noted technology company that has been the partner for the Olympic Games has decided to deploy cloud-based technology instead of server based technology to reduce its carbon foot-print. Last time, they used more than 700+ servers to process information    that was being obtained in real-time from various sporting venues and point-of sale, security check points. But this time, they have used only 250 servers thereby reducing their carbon foot-print. Moreover, trial runs were conducted for three days, to ensure the newly deployed system can take care of cyber security attacks and are resilient in times of natural disasters.

All point of sale terminals at Rio have been equipped with near-field communications technology that does not require cards to be swiped thereby saving credit cards from cloning and duplication. Almost 45 athletes sponsored by Visa at the event will get a unique payment ring that again uses near field communication technology to make payments and it is resistant to a depth of 50 metres in water. The added advantage is that it does not require a battery or any kind of charging so it’s great for athletes who spend most of their time practicing for outdoor events.

In addition to this, there are many android and iPhone apps that have been released in time for the Olympics that will flash results in real time, medals tally and even beam events as they happen. The good thing about these apps is that you can leave a match in between while watching, attend to your personal chores and then pick up from where you left. Full information about athletes, their past performances, medals won and their standing vis-a-vis their competition can be accessed through these apps. Light-weight and blessed with good navigation and design, these apps that can get downloaded and installed under any kind of network condition and require very little memory in the phone. Since smartphone users are constrained for space, these apps will be a blessing for sports enthusiasts.

It is not uncommon for even professional swimmers to forget the number of laps they have completed and in order to tide over this problem sensors have been installed at Rio pools. As soon as the swimmer takes a turn, he can see the number of laps completed on a screen in front.

Technology has eliminated subjectivity to a lot of extent as the moment arrows hit the target, a score is generated on the screen next to it within one second. Since the accuracy level is right upto 0.2mm, which is less than the human eye, archery enthusiasts can expect transparent decisions aided by technology.

Apart from electronic targets that have been retained since the Beijing Olympics, all weapons are tagged with a RFID device that is actually a radio frequency identification device which can tell the organizers where a particular weapon is at any point in time within the venue.

Specially designed cameras have been put in place in order to view a weight-lifter’s attempt from all angles. Earlier you could see a weight-lifter from front and back angles only but now you will get a 360 degree view.

Another sport where subjectivity in decision-making has been eliminated and decision of one referee can be contested by players and referred to a second referee who will see the default in slow motion on big screen and then decide. Expect some really enthusiastic reactions from audiences.

With the use of GPS technology and aerial cameras that track every movement of teams and relay them on big screen, audiences sitting in their homes can see all the action on water and enjoy to the hilt. Any change in speed, direction or tactic by teams can now be seen on the big screen.

Rio Olympics, with all the technology in action are sure to be more thrilling than their previous editions.

Preethi vagadia is currently a Senior Business architect with the Service operations practice at a well-known IT Industry in Bangalore. She has worked in several process improvement projects involving multi-national teams for global customers. She has over 8 years of experience in warranty administration services and has successfully executed several projects in Logistics management, Logistics Integration, Reverse logistics, Warranty software and Programmatic Solutions.