The latest news from corner of  Facebook’s News Feed algorithm factors is the amount of time users spend viewing stories.Software engineers Ansha Yu and Sami Tas announced the change in a Newsroom post Friday, acknowledging that Facebook users don’t necessarily like, comment on or share every post that is important to them.

Facebook is following a trend from publishers and other digital entities that want to include time spent as a measurement for engagement online. A survey from Digital Context Next showed that 80% of premium publishers wanted to sell ads based on time spent rather than clicks or impressions. Facebook has long been in the mix for publishers’ distribution, and recently added of Instant Articles, putting some distance between the social giant and publishing. That involvement means Facebook benefits more from giving publishers what they want. 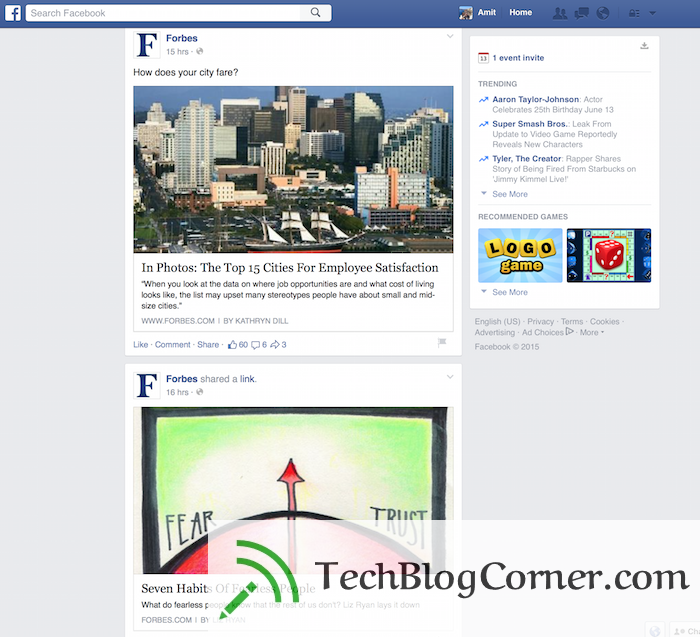 Let’s say that you spend a while looking at photos of your friend John at his wedding. Facebook will be able to remember that you enjoy seeing photos of John so you will see more of his content appear higher in the News Feed going forward. If you quickly scroll past John’s wedding photos, then Facebook will show you less of his content.

What happens if someone leaves the Facebook News Feed open and walks away from the computer? A Facebook spokesperson told Quartz that the social network is able to determine if someone is actively using it or if it is open in a tab or window in the background. This prevents the News Feed algorithm from being duped into thinking that you like the content not being actively viewed. The automatic personalization of the News Feed based on content that users are truly interested in keeps Facebook engaging against its rivals — which includes social networks like LinkedIn, Twitter, Pinterest and Snapchat.