- Home > Technology > WhatsApp finally tells you when your messages have been read as Blackberry, Hike Do 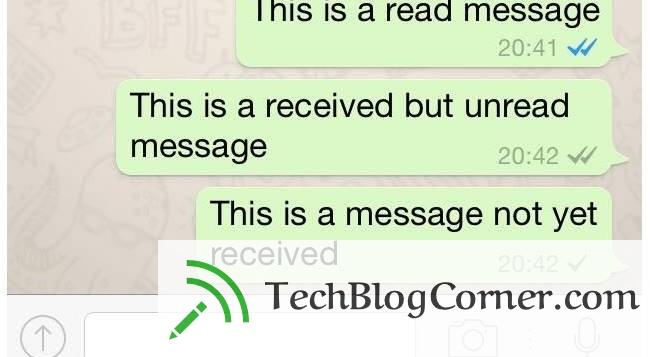 Popular messaging app WhatsApp has rolling out a read receipt feature that will let users know when there message has been read. With a new WhatsApp update, users will notice two blue check marks next to a message they’ve sent, which is actually an indication that the recipient has read the message.

Thanks to the recent app update, Android and Windows Phone users can now see two blue check marks in a chat that notifies a user that the recipient has read the message. Earlier versions of the app showed a grey double check mark which indicated the message had been delivered.

The iOS version of WhatsApp is yet to receive the read receipt feature at the time of filing this report.

In reality, the double check marks simply mean a message has been received by the other user (the single check only tells you the message reached WhatsApp’s servers). The blue coloring adds a third layer of information, as an updated FAQwill confirm.

Alternatively, you can long press on a message to access a ‘Message Info‘ screen, detailing the times when the message was received, read or played.

Of course, one could use ‘last seen’ indicators on the top left of a conversation to know when a contact was last in the app, but the blue checkmarks are more direct. It would have been nice to see this added in as an on opt-out feature though – some users may not be so fond of the additional information.